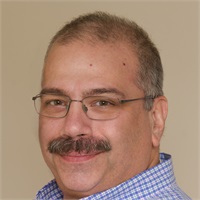 Henry Grabkowitz has over 35 years of income tax and accounting experience and is one of our in-house tax specialists.

Henry grew up in Rochdale Village (possibly known to some as the site of the old Jamaica Racetrack) in Jamaica, New York and is a graduate of Stuyvesant High School and Queens College (CUNY) in New York City. Henry has a Bachelor of Arts degree in Accounting.

Henry has been employed in the field of public accounting since March 1979 -- first as an accounting clerk and then as an accountant when he completed his degree. He passed the Special Enrollment Examination in 1992 and was admitted to practice before the Internal Revenue Service as an Enrolled Agent that same year. He completed the National Tax Practice Institute (“NTPI”) curriculum (sponsored by the National Association of Enrolled Agents (“NAEA”)) and was named a NTPI fellow in 2008.  Henry was an active principal in the NYC based financial and tax-consulting firm of Shnayer, Grabkowitz & Co., Inc. until 2008.

Since then, Henry has been the Principal of Soaring Eagle Systems LLC, a tax consulting firm in Holbrook, NY.

Henry’s practice consists primarily of income tax preparation for high income and high net worth individuals and their closely-held entities, as well as representing clients before various taxing authorities.

Through thorough self-teaching, Henry has developed a specialty in computer-based accounting applications. As an extension of that interest, he is currently a Microsoft Office Certified Professional.